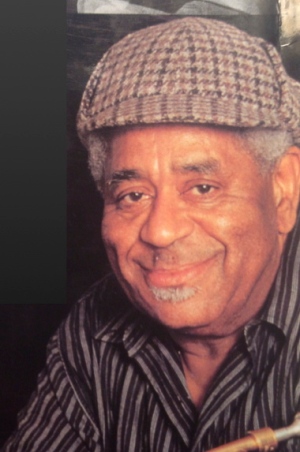 When you say the name, “Dizzy Gillespie,” many people think of the iconic trumpet player with the puffy cheeks, his crazy looking trumpet with the upswept bell, and the comedic personality…playing flurries of notes at lightning speed, all while soaring into the stratospheric range of the horn. But Dizzy had another side to him.  He was a warm, loving human being, with a very sophisticated sense of harmony.  I first discovered this facet of his personality when I heard his beautiful tune, “Con Alma” …first with Dizzy playing with the Mitchell-Ruff duo, and then Stan Getz’s 12/8 version. This was a far cry from his bebop offerings, and still stands as a unique composition in the jazz repertoire.  I learned a lot about harmony from studying his beautiful chord progression. 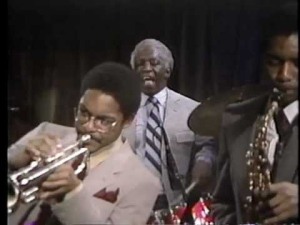 Having said that, one might wonder, “why would I reharmonize a tune that is already great?” or for that matter, why reharmonize at all?  I remember reading an interview with saxophonist Branford Marsalis in Jazz Times, who shared an experience he had during his stay with Art Blakey and the Jazz Messengers (that’s Brandford on the right, with his brother Wynton on trumpet, and Art on drums in the back).  Branford admitted that he couldn’t play ballads at the time, and so he started to change all of the chords in a Gershwin ballad to make it “hip.” Art would have none of it though, saying that the Gershwin tune was already hip, and that Branford was masking the fact that he had had trouble playing on the tune the way it was.

I would agree that we must learn how to play on the original tune the way it was written.  Our jazz standards are the bedrock of the language…and a thorough understanding of the harmonic language is required not only to become a fluent and informed improviser, but a successful reharmonizer.   Having said that, reharmonization has long been an accepted practice in the world of jazz, and is akin to the common practice of writing new melodies over a standard’s original chord progression (for example, Miles Davis’ “Donna Lee” is based on the chord progression of the older tune, “Back Home Again in Indiana”).  These practices are creative acts, which in many ways not only bring us closer to the heart of the original music, but also pay homage to it as well.

In spite of the added complexity this reharmonization brings, once one is familiar with it, you can still play the tune following Dizzy’s prime directive, which he states in the song’s title:  “With Soul.”

As with the other reharmonizations on this post, the viewable lead sheet below is a lower resolution JPEG file.  For a better quality, printable PDF, click on Con Alma.

Some points of interest in this reharmonization: